search here for articles in our knowledgebase 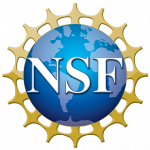 Are you developing a medical solution and need funding? If there is a potential military use for your approach, then check out the DOD SBIR Program. #

For funding medical research here in the US, the agency that typically comes to mind is the National Institutes of Health (NIH). While NIH represents the largest pool of federal funds for medical research, many early stage medical developments get their initial funding through the Department of Defense (DOD). One avenue that startups and small businesses can take to get funding from the DOD is the SBIR Program. In fact, the DOD is the largest participant in the US SBIR Program, with over $1 billion in SBIR funds being available through the DOD.

Differences between the DOD and other SBIR agencies #

One of the major differences between the DOD and other agencies that take part in the SBIR Program is the specificity of the DOD topics. The DOD announces topics of interest three times a year. These topics are typically quite specific, addressing the needs of the military. So, it’s necessary to browse the DOD SBIR topics before deciding to apply to make sure your approach is a fit. The DOD allows potential applicants to discuss their proposal with Program Managers who handle the topics. It’s highly recommended that you discuss your proposal with the respective Program Manager before committing to putting a proposal together, which requires a significant time commitment.

What does the DOD look for in a proposal? #

Another difference between the DOD and most of the other federal agencies is the desire to fund dual-use efforts: military and civilian. So, SBIR proposals should show that the proposed approach has both military and civilian applications. For most medical applications, dual-use is typically fairly easy to address given the similarity in health-related issues between the military population and civilian population. The difference between addressing health-related issues between these two populations is usually in the solution’s delivery. For example, a diagnostic tool for civilian use may be used in a clinic, while for military use the tool may need be used in the field.

So, what does the DOD fund through the SBIR Program? The topics of interest continually change, but general areas of interest to the DOD typically involve infectious disease diagnostics, health monitoring, field-based imaging, and wound healing, to name a few. Here are examples of topics that were listed in the third set of solicitations released in 2017:

Title: Unmanned Systems Teaming for Semi-Autonomous Casualty Extraction
OBJECTIVE: Develop a capability to enable emerging mobile robotic platforms to function as a team to locate, assess, and extract a casualty back to a safe location for medical treatment and further evacuation from difficult terrain and hazardous environments.

Title: Automated, handheld device to rapidly access arteries and veins in trauma patients
OBJECTIVE: On the battlefield, combat clinicians provide emergency medical care under the most challenging conditions. Remote locations, poor lighting, fire and explosions, poor road conditions, and the presence of mass casualties can lead to excessive delays in obtaining vascular access. Ultrasound guidance is the recommended technique for central venous cannulation (CVC); however, reports do exist of complications during insertion of the needle. To overcome these obstacles, there is a need to develop a vascular cannulation device that is handheld, battery-powered, and uses scanning or Doppler technology to automate all steps to gain access to central veins and arteries. This device would allow emergency medical providers without vascular training to rapidly and accurately obtain arterial or central venous access under emergency conditions without the use of external ultrasound or other imaging equipment.

As mentioned at the beginning of this post, many early stage medical technologies have been funded initially through the DOD SBIR Program. After receiving DOD funding and further developing the concept, companies can then approach NIH for follow-on funding to get their technology through clinical trials. This is the approach that was successfully taken by Intuitive Surgical, the maker of the Da Vinci surgical robot.

Check out the DOD SBIR Program site for more details on this program.